The proven, powerful, and trusted EnCase® Forensic solution, lets examiners acquire data from a wide variety of devices, unearth potential evidence with disk level forensic analysis, and craft comprehensive reports on their findings, all while maintaining the integrity of their evidence. 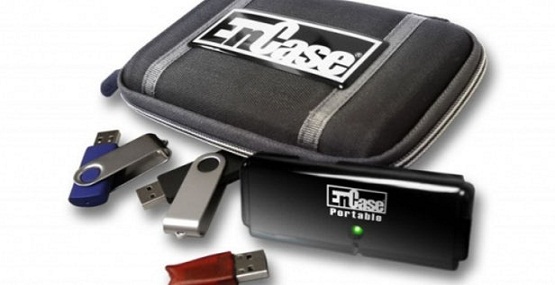 In the Field and in the Lab

EnCase Forensic enables you to quickly search, identify, and prioritize potential evidence, in computers and mobile devices, to determine whether further investigation is warranted. This will result in a decreased backlog so that investigators can focus on getting to case closed.

Secure Your Evidence. Protect Your Case.

EnCase Forensic helps you acquire more evidence than any product on the market. You can collect from a wide variety of operating and file systems, including over 25 types of mobile devices with EnCase Forensic. Parse the most popular mobile apps across iOS, Android, and Blackberry devices so that no evidence is hidden. This is the flexibility needed to ensure you can complete your cases no matter where the potential evidence resides.

EnCase Forensic is unmatched in its decryption capabilities, offering the broadest support of any forensic solution. Encryption support includes products such as Dell Data Protection, Symantec, McAfee, and many more. You can further expand the decryption power of EnCase Forensic with Tableau Password Recovery — a purpose-built, cost-effective hardware solution to identify and unlock password-protected files.

Automate the Routine, Focus on the Investigation

The EnCase Forensic evidence processor provides industry-leading processing capabilities that can automate the preparation of evidence, making it easier to complete the investigation. Powered by an indexing engine built for scale and performance, you can automate complex queries across your varied evidence sources in one step saving time and increasing your efficiency.

Bring Your Expertise to the Forefront

The most important part of any investigation is your ability to analyze your evidence. EnCase Forensic is built with the investigator in mind, providing a wide range of capabilities that enables you to perform deep forensic analysis as well as fast triage analysis from the same solution. Built to help you do what you do best: find evidence and close cases.

Tailor Your Reports for Your Audience

EnCase Forensic provides a flexible reporting framework that empowers you to tailor case reports to meet your specific needs. With comprehensive and triage reporting options built-in, you can create reports for a wide range of audiences and easily share them across your organization.

Digital Forensic Investigators want the ability to create an index and search for evidence as quickly and efficiently as possible. That’s why we introduced the enhanced indexing engine which can process data at speeds up to four times faster than previous versions. With this upgrade, we demonstrated our commitment to helping organizations and government agencies realize true cost savings by resolving incidents faster than ever before. Building on the performance enhancements introduced in 8.06, our latest 8.07 release now adds significant customer-driven enhancements to further differentiate EnCase Forensic from all other forensic tools on the market. Updated encryption support, Apple File System support, and volume shadow capabilities are just some of the new enhancements designed for investigators to collect the evidence they need, efficiently and precisely, with the best possible user experience.

“The software is second to none and I would not feel confident with my results if I could not use EnCase Forensic 8. It is simply the complete package for digital forensics.”